The past year’s COVID pandemic has only slightly affected city investments. In her annual report, deputy treasurer Vicki Robertson said the city’s investments are slightly below where she expected to see them, but that it’s no cause for concern. The city’s making a bit less on its high interest savings accounts than it anticipated, but Robertson expects the banks to bump the rates back up in the near future. The city conservatively budgeted to earn $750,000 on its investments due to the pandemic but ended up making $1,589,878.

For the financially literate, the complete report can be found here.

Robertson also asked to change her report to this committee to take out the “weighted return” portion of her presentation. A previous committee member asked for it to be included to have HRM-specific data, but because it’s a custom benchmark it can’t easily be compared to other benchmarks. In the two years it’s been reported it hasn’t varied from the RBC benchmark that the city normally uses. It will be removed from future reports.

Robertson: First up, PowerPoint presentation on the investment report. It ends March 31, 2021, and it’s a year end report.

Robertson: We knew we were going to have a dropoff due to COVID, and we had a drop off, but we’re still close to where we thought we’d be. Over the last five years, the trend is more or less the same, except for COVID when we changed our tax due date.

Robertson: The economic outlook is turning a little more positive. The effects of the pandemic are not quite as bad as anticipated, we expect to see the overnight rate increase in the second half of 2022. Our investment bank accounts still give effective rates of return compared to similar investment tools. We’ll be using them.

MacQueen: On the high interest savings accounts, what’s the outlook on that will that come down?

Cleary: *Reads the motion for agenda item 7.1.1 as written*

Robertson: I want to change our treasurer’s report. I don’t put it in the slide deck usually but it’s a customized benchmark. Towards the end, we talk about the benchmark where we do a weighted average of a benchmark return. We put it in to see if it was significantly different but it hasn’t been.

Roberston: Any objection if we stop reporting on this benchmark in the future? It doesn’t vary much and because it’s so custom we can’t compare it to see how it’s doing. If there’s anything you want to add or remove please let us know. You may not have noticed but we report all our investment income, not just our operating fund.

Cleary: On the custom benchmark, how long has it been there, and why was it put in?

Robertson: It was put in two years ago because a committee member wanted to see a specific to the city benchmark, because the RBC money market comparison we use is a bit more conservative.

Cleary: If it’s always tracking similar to the RBC, are there reasons it wouldn’t? And would we find ourselves there?

Robertson: Not really, their portfolios are very similar to ours. We haven’t seen any major difference.

Cleary: I’m fine with that then.

Robertson: Going forward I’ll assume we can do that. Please let us know if not, you can email us. 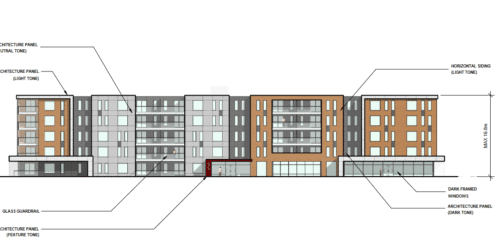