The only part of this meeting that wasn’t in-camera, was a presentation by Christine Qin Yang, about ongoing anti-Asian racism, which has been exacerbated by, but not at all caused by, COVID-19.

Also of note, Yang asked the Halifax Regional Police for the race based data to see if there was an increase in anti-Asian hate crimes or assault/harassment on people of Asian descent, but the HRP didn’t provide Yang with an answer.

Russell: I have a question related to… that one. I’ll leave it at that. I saw something there that was similar.

Savage: We can deal with that when we get to it. Are we okay with moving it up?

Savage: There has been a lot of anti-Asian racism recently. In March our CAO wrote a letter about anti-Asian racism, but it happens here. I got an email a while ago from someone whose daughter is Chinese, and was working at a shop, and got yelled at for bringing COVID to Canada. It happens, it’s important we understand it happens. Christine Qin Yang is going to give us a presentation on combatting anti-Asian racism.

Christine Qin Yang: I’m the vice chair of the Women’s Advisory Committee. In March 2021 there was the horrific incident in Atlanta, and it put a spotlight on anti-Asian racism. How’s it doing in Canada? It’s alive and well in Canada and rising since COVID-19, but it didn’t start with COVID-19, there’s a long history of anti-Asian history. In Halifax in 1919 there were anti-Chinese riots. Here are some stats since the start of COVID:

Yang: I asked the HRP for stats on anti-Asian hate crimes but they didn’t have an answer (whaaaaat? The police didn’t answer a basic question about data that they should absolutely have? Noooooooooo, that can’t be true. shockedpikachu.jpg). There are a lot of other governments that have responded with government communications resources and resources for people to report hate crimes. Here are things we can do to help prevent anti-Asian racism, with motions:

Savage: This is a timely and important presentation.

Russell: I found it interesting that there was no data available from the HRP. This is specifically about anti-Asian, but was there any indication of any other race based data being available?

Yang: They said they didn’t have any race specific data, that’s why I put forward the motion in the Women’s Advisory Committee.

Russell: Do you know if the degree of anti-Asian actions are comparable between the HRM and the rest of the province? You don’t have the data from the police, but you’ve heard about it elsewhere? Is it more prevalent in the HRM?

Yang: Halifax is the largest city, with a lot of exchange students, so the worst of it is here.

Blackburn: You spoke to the HRP, but was there any indication that the RCMP is collecting race based data?

Yang: They said they could do it on a case by case basis, but didn’t have a database.

Savage: CAO, you put out the note in March, with thoughts and recommendations, is there anything you’d recommend here?

CAO: I’ll be taking this back to our diversity and inclusion and ANSIO team to see how we can implement these recommendations. 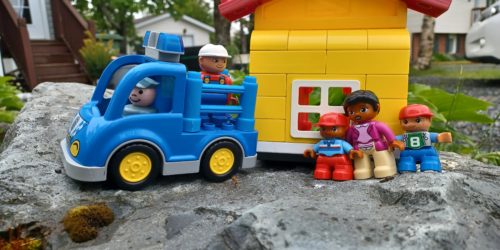 Systemically failed: How a job interview tore a family apart