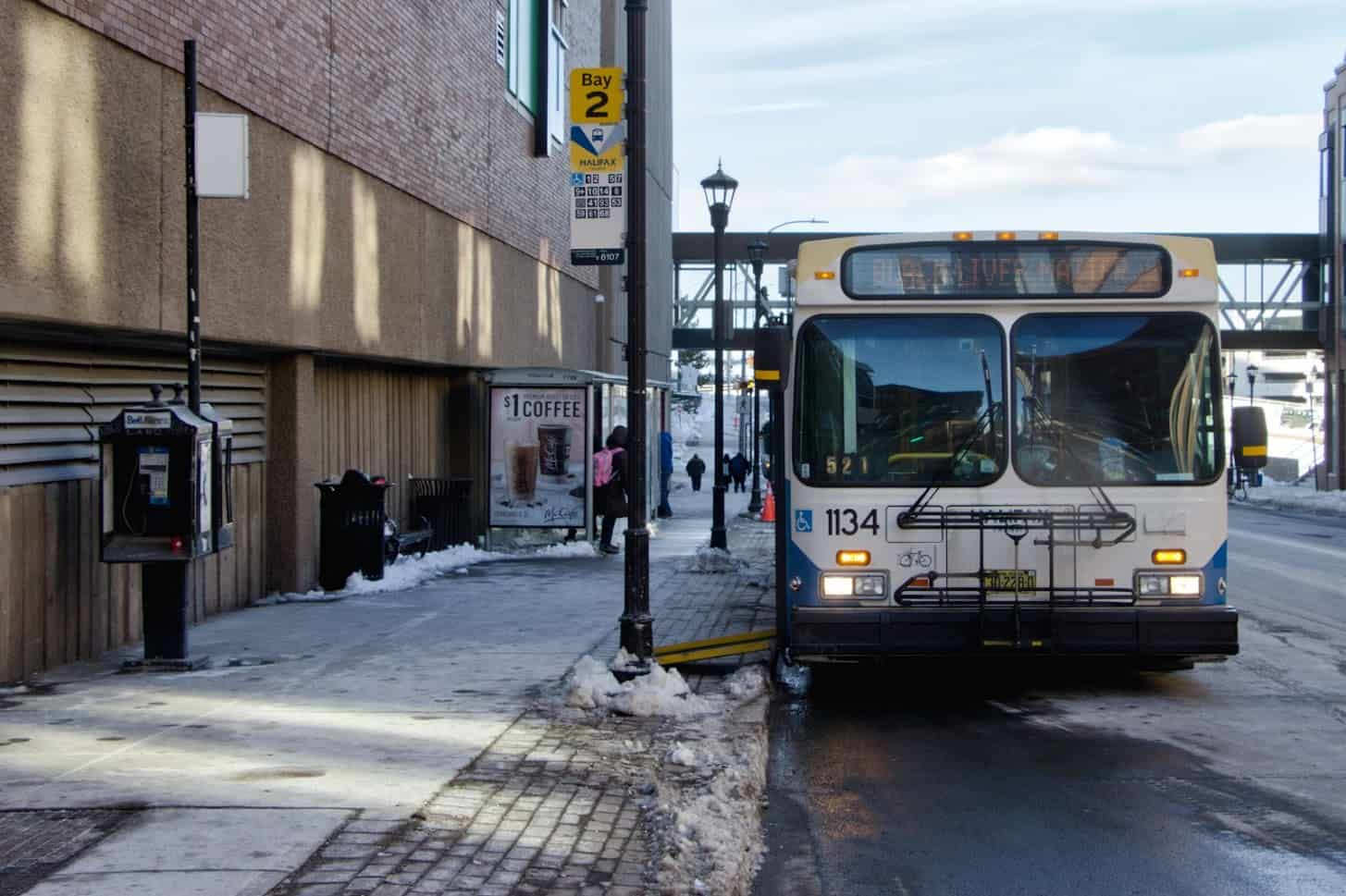 Transportation Standing Committee started off today with two presentations from the public. The first was from Martyn Williams and Milena Khazanavicius who used city data to highlight how unsafe pedestrians are at intersections. The city’s data doesn’t incorporate close calls, Khazanavicius said curb cuts that are uniform across a righthand turn encourage drivers to cheat the turn. She’s had two guide dogs hit by drivers taking the curb cut sidewalk shortcut.

Councillor Mason put forward a motion, which was approved, to get a staff report for next budget season to see the feasibility of only allowing right and left turns at intersections on a dedicated turn signal. Should this come to fruition it’s a huge step in pedestrian safety and climate change, as it makes driving slower and more inconvenient, which helps incentivise getting people out of cars.

Councillor Kent put forward a motion at the last minute to get a staff report on making the Ubers (and Lyfts) of the HRM operate on the same playing field. She had received complaints from taxi drivers saying that they can’t compete with decentralized taxi apps because they aren’t regulated like taxis, in spite of being the same service. Councillor Russell said that traditional taxis require more regulation because they are less safe than Ubers because anyone can flag any taxi so there’s no way to know who’s driving or who’s the passenger. It’s clear Russell has never been a woman alone with a man in the man’s car because that’s the scenario that causes issues, not how the ride is flagged.

Councillor Outhit said that he’s supportive of this motion but is worried about lowering the bar. He feels council bowed too quickly to Uber and the people in the city and ended up in a worse position for it. Councillor Mancini on the other hand said the city needed decentralized taxis because our traditional taxis weren’t available when people needed them. The committee will get a staff report on how to level the playing field.

There was also a public presentation about the closure of George Dauphinee Avenue. Their concerns were summarily rejected by the committee because work will be starting very soon and would cost a lot of money to change. The presenter said they had a bunch of concerns but Brad Anguish, Executive Director of Transportation and Public Works, said that if those concerns were valid, the project wouldn’t have been approved.

Councillor Cuttell’s deferral request for the Herring Cove Road improvements was to read the massive document that came with it and get this presentation. She thanked the committee for giving her the time to do her research and supported the motion. The Herring Cove Road functional plan will move forward. Mason again expressed his desire to see these large projects done as quickly as possible because the city needs them now, not in 15 years.

Halifax Transit also gave a presentation on their key performance indicators. All in all, not a bad year in spite of COVID. The Ragged Lake Transit Centre expansion is delayed and the electric bus pilot is in progress. Phase one of that pilot will be 60 busses.

N/A – Covering the meeting with a toddler running rampant. Have you tried putting a toddler down for a nap while covering a committee meeting?