This committee meeting was primarily about receiving reports. The Auditor-General gave a follow-up report on property tax management and Halifax transit bus maintenance audits. The only outstanding items were for the bus maintenance audit. As per the Auditor General’s advice, Halifax Transit is setting up a maintenance standard, i.e. how long various tasks should take, to better evaluate how well they’re completing maintenance. Transit is also in the process of figuring out if setting up an inventory for minor equipment will save more money than it’ll cost to set up and run.

The committee also got a report about the HRM’s second-quarter financial situation. The city is expecting a deficit of $7.2 million, but $6 million of this was paying off a debt to the province in full instead of refinancing it. The full report is here, but the long and short of it is, the city is bringing in less money, but also spending less money. People are still mostly paying their property taxes, so the bulk of the city’s income is okay. Although, the city doesn’t expect the financial ramifications of COVID to really become apparent for another couple of years. Of note, parking tickets and summary offences, specifically around universities are down. This also implies that universities don’t have adequate parking facilities for their demand. Or the city’s transit infrastructure isn’t good enough for people to use it to get to school instead of drive. Or a mix of both.

Staff: It’s yours, and your meeting now.

Cleary: I haven’t talked to anyone about this, but I’d like to nominate Councillor Deagle-Gammon if she wants it.

Russell: Do you want it?

Russell: Any other nominations? Congratulations Councillor Gammon. On to the report from the Auditor General.

AG: I’m here to talk about bus maintenance and property tax management. These audits had 15 recommendations. Eight of the 10 recommendations have been completed for the transit audit and all five of the property tax ones have been. The outstanding recommendations are standard time for repairs and small equipment inventory. The next follow up reviews that are coming up are payroll management, purchasing audit and road and sidewalk audit. That’s it for my presentation. An 87 per cent implementation is very good, and we normally follow up in 18 months or so. We’ll follow up again with the outstanding items when there’s a relevant audit to tag them on. Questions?

Hendsbee: What classifies equipment as small? $200?

AG: That’s up for management to decide. $200 seems too low a bar for small though.

Hendsbee: When I got a tour of the facility we had a lot of parts. Since we’re changing our fleet, do we audit these parts to see if we still need the stuff we have? Also, have we considered moving to an online inventory management system?

AG: That’s up to transit management.

Someone (unclear, not introduced, no video): The inventory would fall under procurement, and we have the ability to sell off unused inventory, or depending on manufacturer or warranty, we can return some stuff. As far as online, we do a lot of procurement online.

Russell: Standard repair times for significant maintenance tasks, do you know if they can start the standard repair with the new electric fleet?

Russell: Do we need a motion for this?

Staff: Not really, if there’s something that needs to be highlighted to council specifically, you can make a motion to send it to that person, but the AG’s reports are very public.

AG: I send the reports to all councillors too.

Hendsbee: Do we need to send this to transit management?

Savage: We’re the only city east of Quebec that has an Auditor General, I think it’s important work that she and her office do. We can poke a lot of holes in our policies, and get caught up in being perfect, but her work shows that we’re doing pretty good.

AG: The compliance rate and implementation rates are very good, probably among the best in the country. A lot of credit goes to our department managers.

Cleary: (Reads the motion for agenda item 12.2.1 as written: MOTION: That the Audit and Finance Standing Committee review the attached list of report requests, as outlined in Attachment 1 of the staff report dated October 26, 2020, and bring forward any items recommended to be withdrawn) There’s only one report there, I didn’t put it on there, but it seems like something we should get a report on.

Hendsbee: Leave it on there.

Russell: I think the report will be done in a couple months.

Russell: On to our meeting schedule, anyone got any questions or comments?

Russell: On to the Second Quarter Financial Report.

Staff (Dave Harding): (Presenting this report) This report is just to give council an idea of where we’re at financially as a city and departments. We’re projecting a deficit of $7.2 million for this year. This is due mainly to a $6 million payment to Nova Scotia. We’re making less money in parking tickets and parking due to covid. We’re also seeing less summary offence tickets, especially around universities. We’re seeing an increase in PPE. The RBC and BMO centres are doing well financially. We’re spending less on hospitality, $400, due to COVID. We’ve also saved money due to the hiring freeze and cancelling the internship program. The risks coming up to impact our projections, COVID in general, and also specifically the second wave starting now. Transit ridership is down, even as service returns to normal. Winter weather is also unpredictable. Councillor’s district capital funds have spent $1.7 million of the budgeted $2.3 million. Councillors have spent $49.3k of $72k budgeted. There’s $420.4 million outstanding as of Sept. 30, 2020, but a lot of that is property taxes which will be collected at the end of October, so outside of the 2nd quarter update. We’re expecting a $114 million surplus in capital projects. Councillor expenses, as required by the province, we’ve only spent $5000, primarily in local travel. Questions?

Savage: Thank you for this. If we’re looking for a fiscal update, in general, where are we financially, versus what we were expecting?

Staff: On the tax front, we’re in a better position than we originally anticipated in April. We’re at about 91 per cent paid up for the October bill and it was roughly the same in June. We’re about $60 million light, but we were expecting $130 million, so that’s a positive. On the $46 million, the restart program has a report that will be coming to council, to balance the 2021-22 budget. I expect we’ll see some impacts on revenue in the second wave, especially in the recreation area. But we’ll also be spending less, so it won’t hurt as much. We’re not really going to see the full impact of COVID until 2022. Long way to say we’re in good shape, but we need to be mindful of the next 2-3 years. The economy’s going to pick back up, but we’re a bit delayed in getting the tax revenue.

Cleary: 91 per cent of tax collected, how does that break down residential versus commercial? We have some substantial non-collection that goes on for 4-5 years, what happens if property tax goes that long without being paid? I expect we’ll see more of that in coming years.

Staff: Residential is 90 per cent collected, commercial is 91 per cent collected for the October bill. As far as collecting overdue taxes, we tend to set up payment plans, to spread it out over 24 months, typically, which could explain the outstanding bills up to three years. We see a tax sale as a failure, but if it goes to a tax sale, we’ll try and set up a payment plan.

Cleary: On the projected deficit, we can cut costs, go to reserves, or take on debt. We don’t want to cut more since we’re basically at bare bones. We have large reserves, and the option to take on debt, but do we have a plan for the next three years? Are we just going to use provincial/federal money to fill the holes and basically carry on as normal in 2022?

Deagle-Gammon: The area rates, and the money that is yet unspent, for organizations that use area rates, if money is unspent through March 31, is it considered a surplus?

Staff: No, it’s a surplus for their organization, but not for us as a city.

Deagle-Gammon: Is there a limit to the number of years that money can be carried forward?

Morse: You said were COVID will be flowing through until next year, is there anything the council needs to do or should do to prep for next year to make it not as tough?

Staff: Tough question, being fiscally prudent, we’ll be coming to council with recommendations throughout the next year. We want to be mindful of the tax rate, and it needs to be competitive, more for commercial tax rates. We need to make sure what we’re charging adequately reflects the services we’re giving, which may need adjusting.

Russell: Tax sales have been suspended due to COVID?

Staff: Yes, they had been. Our policy had been to do it in person, but we can’t do it like that anymore. So we’re looking at tenders, and there are benefits to the tender process for this.

Morse: (Reads the motion for agenda item 12.2.3 as written) MOTION: That the Audit and Finance Standing Committee forward the Second Quarter 2020/21 Financial Report to Regional Council for their information.

Cleary: (Reads the motion for agenda item 12.2.4 as written) MOTION: That Audit and Finance Standing Committee:

1. Nominate one (1) member to the Executive Standing Committee for a term to November 2022;

3. Nominate one (1) member to the Investment Policy Advisory Committee for a term to November 2022; and,

4. Nominate three (3) members to the Special Events Advisory Committee for a term to November 2022.

Hendsbee: Is it just the Chair of this committee that goes to the Executive Standing Committee and Grants Committee?

Staff: It has been done like that in the past, but no, it can be any of you.

Staff: Sole nominee Russell, it is. Chair of the Grants Committee, floor is open for nomination.

Hendsbee: Just a note, Councillor Deagle-Gammon will only be the third Chair of the Grants Committee, it was myself and Councillor Walker for a long time.

Staff: I think Councillor Dalrymple was also the chair of that committee for a long time.

Staff: Investment Policy Advisory Committee Co-Chair, the other Co-Chair is the Municipal Treasurer.

Cleary: Thanks, but if anyone else wants it, they can have it.

Staff: Cleary is the only nominee, it’s his. Special Events Advisory Committee, we need three people and one person from each regional community council. But the chair is from this committee, and then that person’s community council doesn’t get a second person. The only person who’s put their name forward so far is Russell, but the floor is open.

Staff: Russell is Chair, Mancini put his name forward from his community council.

Staff: Mancini is Vice Chair. The third position needs to be from Halifax and West community council.

Russell: Congratulations to my fellow councillors who got nominated. Can I get a motion to confirm all the nominations?

Russell: On to in camera items, motion to move in camera?

Meeting is adjourned, will be reconvened in camera.

Agenda for the meeting

Minutes from the previous meeting 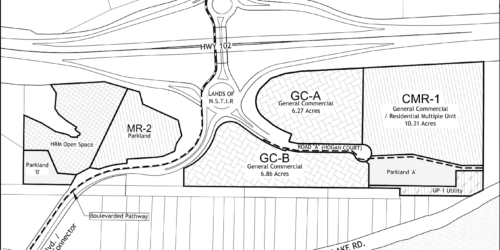