The important stuff (motions under consideration and vote result):

This meeting was dominated by a discussion about accountability and public access. Councillors Mason and Cleary pushed hard to make sure this community council is accessible to the public. Mason added an agenda item to talk specifically about it, arguing that there seems to be a tendency to try and find a perfect solution to things in this city. In this case, though he feels that perfect is the enemy of good. Councillor Cleary argued that regardless of the reality, the perception is, rightly, it feels like they’re meeting behind closed doors. They directed the Chair of the committee Councillor Smith, to talk to the CAO and get the meetings live-streamed.

In that vein, they also deferred the major motion to rezone the area around Dunbrack. This was because the new councillor, Morse, needed a bit more time to get up to speed. And Cleary expressed concerns that this was a major change in the community with no way for the community to even see the debate about it. It’ll be on the agenda for the next meeting.

The motion to have a public hearing for the auto shop with extra, unpermitted buildings was approved and will be scheduled. And they also voted to give the Housing Trust of Nova Scotia more time to build their proposed mixed-income housing development on Gottingen Street.

To find exact text of the motions and vote results ctrl + f ‘MOTION:’

Mason: Second, if she wants it.

Morse: I’d like to let others have a chance, if they want it?

Mason: I’ll move to accept the agenda but I’d like to add something about meeting in person or streaming later on.

Smith: On to the reports. There’s no presentation, so Councillor Stoddard, will you put the motion on the floor?

Stoddard: (Reads the motion for agenda item 7.1.1 as written)

Mason: Can the clerks comment if they’ve had internal conversations about public hearings since yesterday’s council? I just want to know how this will work if we vote to accept it. I don’t like the way we’ve been doing them (virtually).

Mason: I’ll vote for this, but we’ll have the discussion later.

Cleary: When would this hearing be?

Staff: Haven’t done the schedule yet, but probably the 3rd Tuesday or Wednesday of the month. So 19-20 January.

Cleary: Same time frame for the other public hearing on the agenda?

Staff: Probably, we can do two, unless it’s contentious.

Cleary: I also am uncomfortable with the way we’re doing our public hearings at the moment. It is unusual and cumbersome and not terribly inclusive to the community. I’m okay with this one because it’s small but less okay with larger ones. But I do want it on record that we need to be doing something different with these.

MOTION: That Halifax and West Community Council give First Reading to consider approval of the proposed amendment the Land Use By-law for Timberlea / Lakeside / Beechville, as set out in Attachment A of the staff report dated September 30, 2020, to enable the expansion of an existing commercial garage at 207 and 209 Greenhead Road, Lakeside, and schedule a public hearing.

Mason: (Reads motion for agenda item 7.1.2 as written) Nothing to add except my unending disappointment that we don’t have any way to tie affordable housing requirements to these things. Setting that aside, I have no issue with it.

Smith: It might be good to explain what Mason means with this, can staff explain for our new councillors why we can’t attach affordable housing requirements to land use by-law amendments and development agreements?

Staff: The old policy was in 1978, and didn’t include affordable housing as a priority. We have a new plan that we’re transitioning to, the Centre Plan, which has mechanisms to include affordable housing. But if it’s an old agreement, it’s the old plan, and your hands are tied with what you can require in an agreement. In this case, they’re asking for more time to start building.

Morse: I’d like a deferral to get up to speed on this since it affects a lot of neighbouring properties.

Cleary: On top of getting a new councillor up to speed, this is a huge development. And since, I don’t want to say we’re in camera, but our meetings aren’t available to the public. I’m very uncomfortable with moving substantive things like this. There’s no one scrutinizing us, no media, no public, it feels wrong. I’m going to support this deferral. This really isn’t something we should be doing without at least broadcasting these meetings. If they need more meetings and resources, then we need to do this.

Mason: Ditto. This is why I changed the agenda.

Morse: Even though I’m asking for a deferral, just to the next meeting, I don’t want to delay this too much because we do need more housing in this city. I’ve been getting up to speed, I’ve met with residents, and the developer, I just need to still speak with city planning staff. I don’t want to see this slowed down substantively.

Smith: Deferral until next meeting?

Smith: On to a review of report requests, anyone forward it?

Cleary: The third report was added because we got a report, but we’ve already passed part of the Centre Plan, which makes this moot?

Mason: The fact that report 1 is five years old is embarrassing. On the peninsula, there’s no definition of what a grocery store or pharmacy is which means you can make food everywhere until three in the morning. Which means you get kids at Jubilee Pizza right next to single-family homes. I would like it noted in the minutes that I’m very disappointed.

Smith: So you don’t want that removed?

MOTION: (In formal language) Remove staff report number 3 but keep the other ones.

Smith: On to Mason’s agenda item.

Mason: We’re becoming accustomed to being in a state of emergency. We’ve met for hundreds of hours during this pandemic, just a note to Mr. McNeil on that, we’re getting used to this and it’s probably not going to end for a year. I’m uncomfortable with us not being broadcast live and the phone-in public hearings are awkward and uncomfortable. To the point that was made about resources, I think we’re caught up in the perfect solution. We could just make this stream public. We don’t need public forums with multi-camera and production, we can just put an iPhone on a tripod. There needs to be some way to make these public. I don’t want this to continue like this for another year.

Cleary: Ditto. We have a corporate account for zoom. They had issues with privacy and control, and they fixed it. I’ve been in some Zoom conferences as a guest and it works fine. Like Mason said, we can just bootstrap this. It doesn’t need to be expensive to be effective and by effective, I just mean people can see what happens in real time. To a lot of people, it feels like we’re meeting in private. Our COVID numbers are going up, we need to fix this. I think a motion might be in order to get more transparency. I really want us to be transparent, public and accessible.

Cuttell: I agree. We don’t know the timeframe of COVID, we don’t know if there will be more or less restrictions. What was put in place was a short term fix, but now we’re in a new normal. It’s about more than just the virus, it’s about access and participation in our public meetings. Being able to participate in an online means is something that we can carry over into the future. We talked about this at council with the CAO, did we ask for something at council?

Smith: Yes, but I think it’s just for our council meetings?

Cuttell: Then yeah I’m on board for staff to come up with alternatives.

Morse: I agree with everything, I want more transparency, and I think it’s important that people in the communities hear what others in the community are saying. Are libraries an option for locations? They have some of the tech required.

Smith: My concern is if we ask for a staff report it’ll have to go to council?

Cleary: If we ask for a report we might not get it until after the pandemic.

Smith: Yeah, then I support this.

Morse: What’s the difference between what we’re doing tonight and what’s normal?

Cleary: The public can’t see us, and they can’t engage with us.

Morse: So we’d be at Halifax Hall?

Staff: That’s correct, but the public couldn’t speak to the motions on the agenda, but it’s an open mic at the end.

(Unclear who): Are there options for people to give a presentation?

Staff: Yeah, but it’s reviewed by staff. But we can accommodate it.

Mason: The other thing that’s different is there’s no media here. Normally Zane or the Herald would be in the meeting watching what we’re doing live, sitting in the gallery. Normally we’re pretty jokey here, but now we’re extra jokey because like who’s going to watch this? And Matt Stickland’s trying to start that publication covering what’s going on in committees and he can’t do it because he can’t see us. Community council isn’t normally broadcast because Dartmouth doesn’t have the tech and North West moves around a lot. But it always comes back to ‘well it’s gotta be fancy’, it doesn’t have to be.

MOTION: That the Halifax and West Community Council ask the Chair to meet with the Chief Administrative Officer or their designate to discuss live broadcasting, public engagement and in-person public hearings at Community Councils.

Smith: It might be worth knowing what public hearings are coming up to better organize our meetings. There are a few in my district that are going to be very controversial, so it might be useful for us.

Staff: We’ll see what we can do.

Agenda for the meeting

Minutes from the previous meeting

Rezoning approved for subdivision in Timberlea 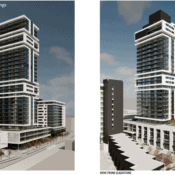 14 secondary suites have been permitted since legislation passed

Councillors push back against provincial review board